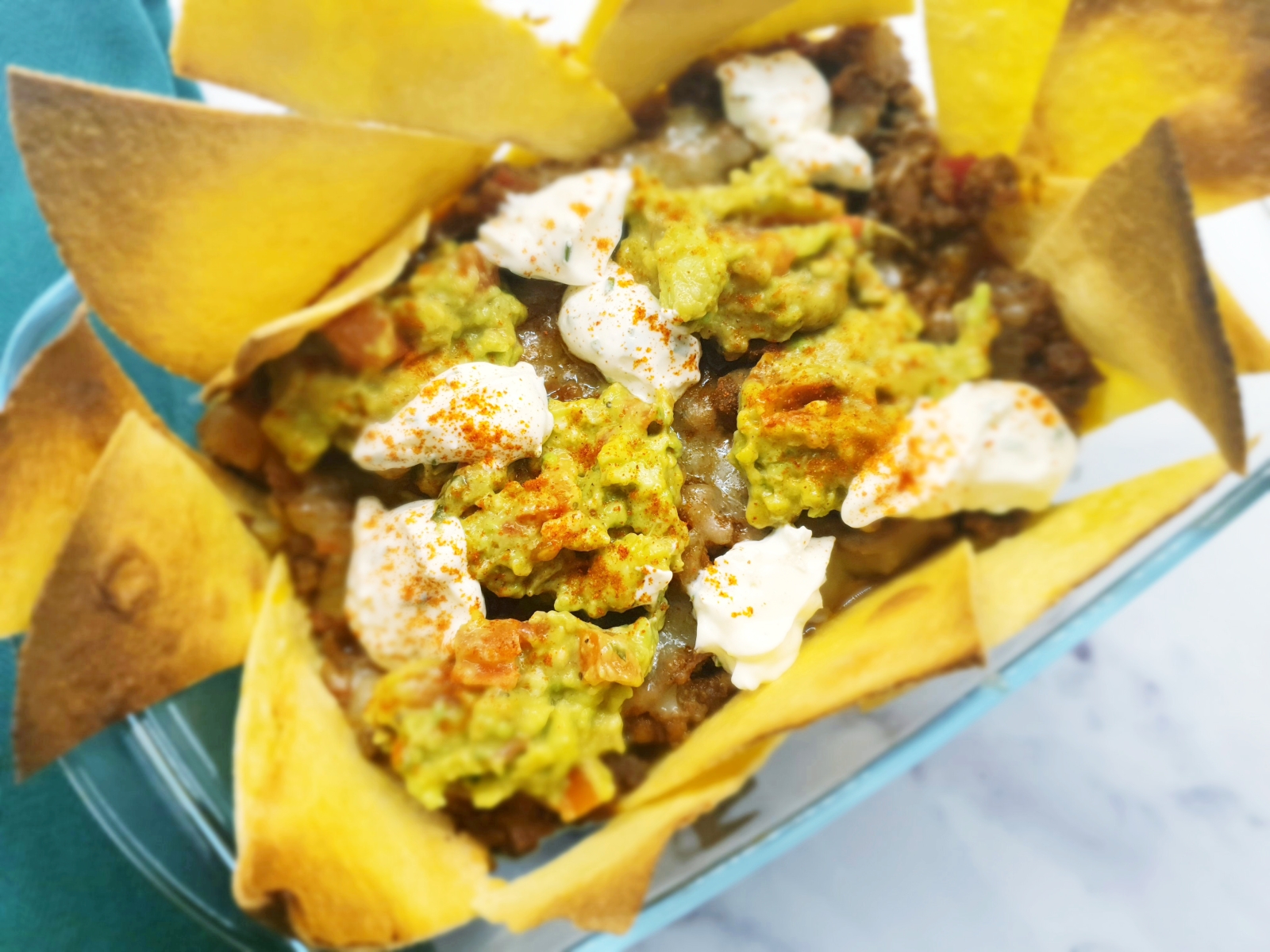 Instead of ordering a takeaway why not try this quick nacho bake made with a soya mince filling, topped with cheese and avocado. This recipe is great to have on a Friday/Saturday night or even for lunch and very comforting and nourishing

Method
1 Drizzle some olive oil in a pan, add the onions and garlic and sauté.
2 Add the soya mince and mix well.
3 Add the sauce, paprika, chilli, season with salt and pepper and mix well. Allow filling to simmer for 15 minutes. If you prefer a more thick filling add less sauce, if you like it quite saucy then add more sauce with a splash of water.
4 Add the filling into an ovenproof dish, top with cheese and place under the grill until almost melted.
5 To make the nachos, simply cut the wraps into triangles place on a tray and heat under the grill until both sides become crisp. You will need to turn them over, but keep an eye on them so they don’t burn.
6 Once the nachos are almost crisp, place them on top of the soya filling and grill for a extra few minutes until crisp.
7 Top nacho bake with guacamole and yoghurt.